Please use the template below to design a Press Release for media outlets.

[Insert your church or organization logo] 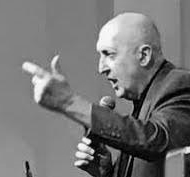 Frank will be speaking:

After living in the fast lane and seeing the emptiness in the lives of the rock stars he performed with, Frank realized he was unhappy. He started a quest that meandered through various philosophies, Eastern mysticism, and New Age practices. Tragedy touched Frank’s life when a friend died in a hotel fire in Sydney, Australia. Frank was overcome with grief and confusion over the senseless death of his friend. He felt there had to be more to life than just living and dying.

Frank became a committed Christian in Sydney, Australia in 1976. Since that time he has taken the “Good News of Jesus Christ” to many nations. He relocated his ministry headquarters to Houston, TX in 1987.

He proclaims the uncompromising message of God’s love and miraculous power in Word and song. Countless people have found a relationship with Jesus Christ and received healing and other blessings in his services.

At one time Frank lived for “rock & roll” but now he lives for Jesus Christ, “The Rock” – that never rolls!

For further information about Frank’s ministry visit his website at www.frankbutler.org.

Please contact [insert your name] if you have any questions:

[Insert your church or organization name]